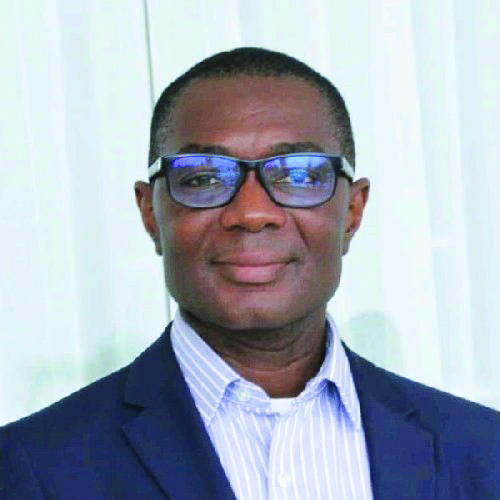 Frederick Asamoah is the current Country Manager of DNV GL Ghana, West Africa operations, and is responsible for the managing DNV GL Maritime, oil and gas activities ranging from Togo to Mauritania.

Frederick has close to 24 years of experience in the maritime, oil and gas field, starting as a Marine engineer since 1996 until 2007 when he joined the then Det Norske Veritas, (Now DNV GL) as a class surveyor. His employment with DNV GL took him to Norway, Singapore and China where he was part of the project team involved in various projects such as new building / conversions of ships, semisubmersible drills and FPSO units. He is currently the rig coordinator of 2 FPSO in West Africa, classed by DNV GL.

He has also been a guest speaker for oil and gas conferences delivering on topics Energy Transition and Digital Transformation in the oil and gas industry.

Fredrick is educated to master’s level and holds a MSc in Marine Technology from New Castle University, UK.